Written by Tino Kreutzer
Updated over a week ago

KoBoToolbox allows data collection in multiple ways. Because KoBoToolbox is built on the Xform/ODK technology, our forms are compatible with a number of different tools that can be used for data collection. We recommend using KoBoCollect as the tool of choice for Android devices, and Web Forms (Enketo) for collecting data on all other devices (including iPhones, iPads, or any laptop or computer). 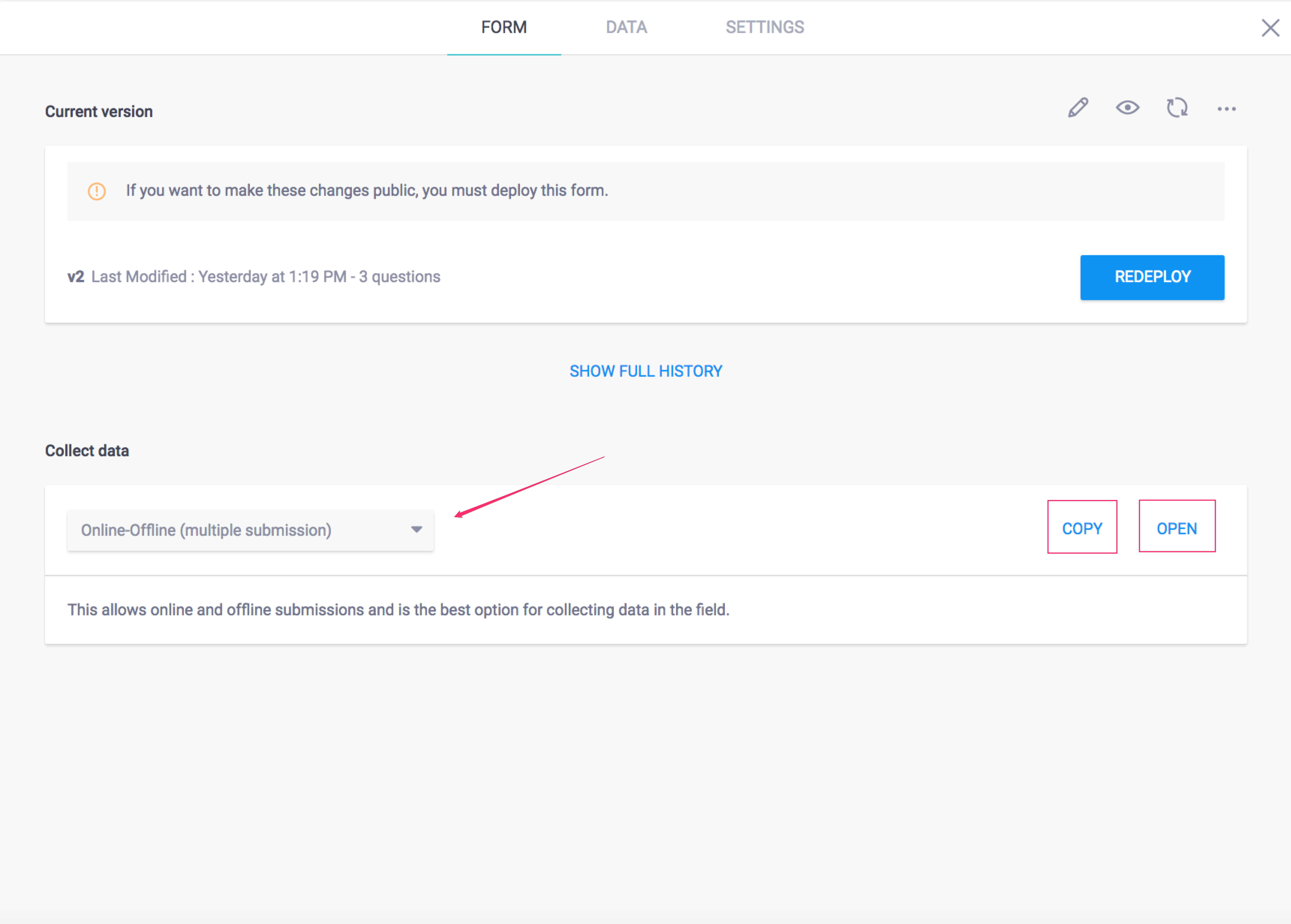 Web Forms, also known as Enketo, are used by KoBoToolbox to preview your forms and to enter data directly on your computer. But you can use web forms also for collecting data on your mobile devices - even if you're offline at the time of data collection. Some features are still being actively developed for Enketo, so some special questions may not be fully supported yet on every device.

For details on how to use Web Forms (Enketo), read this article. 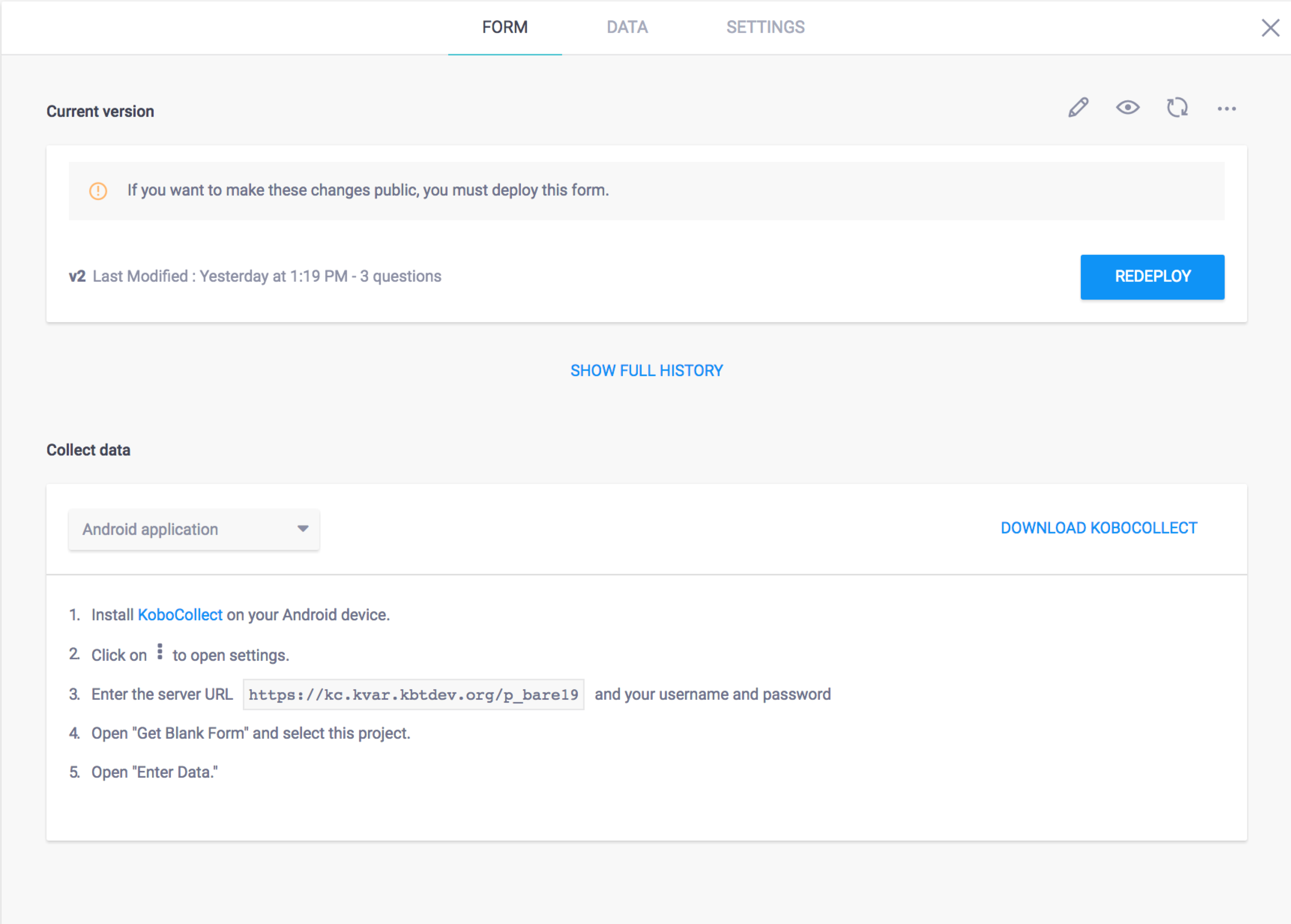 KoBoCollect is an Android app that can be installed on any standard Android phone or tablet. To download the app to your Android device, click here.

For details on how to set up KoBoCollect, read this article.

A quick rundown on the differences between the two options 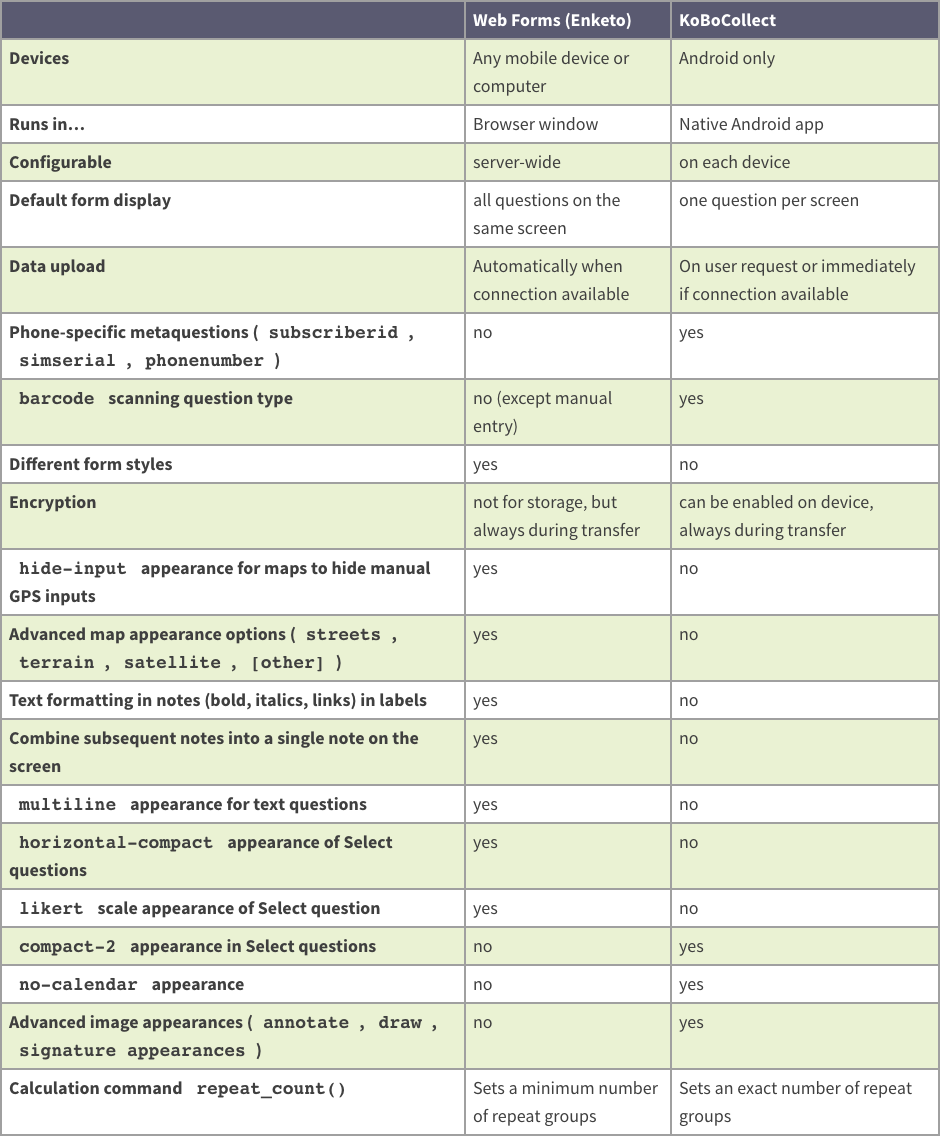