All Collections
KoBoToolbox on Your Computer or Server
Software architecture

Written by Tino Kreutzer
Updated over a week ago

KoBoToolbox consists of the following components, all of which are open source (see links for source code):

KoBoToolbox is based on elements from several other open source tools, most importantly pyxform, formhub/onadata, and the OpenDataKit. As a result, all forms and collected data are compatible with these tools. 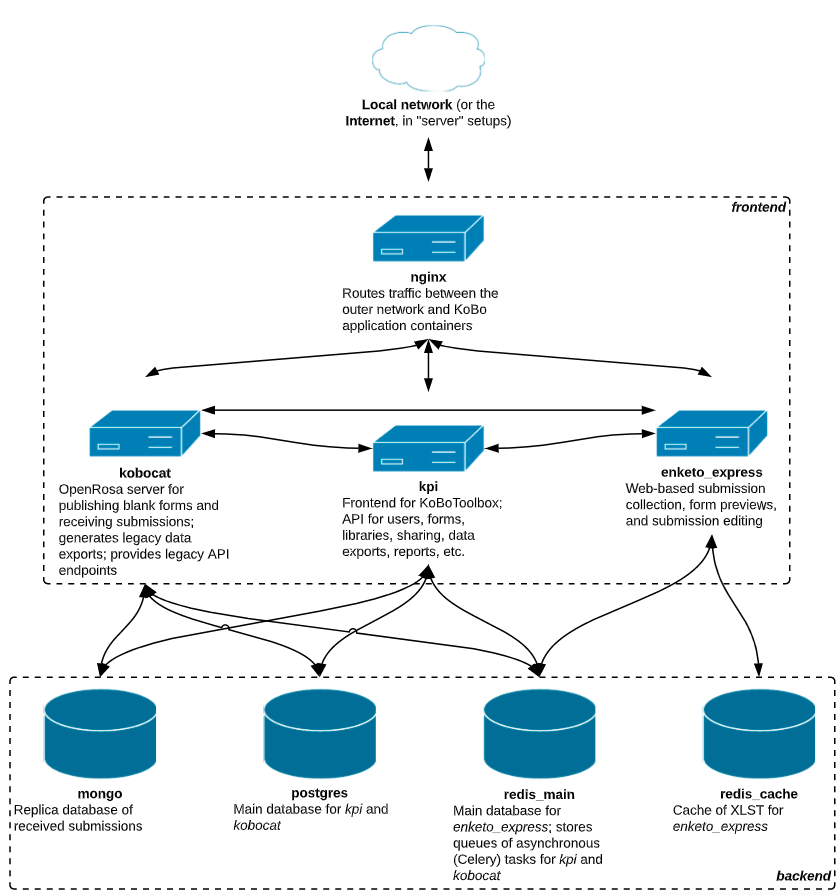 The best way to use KoBoToolbox is on one of the two public instances - http://kobo.humanitarianresponse.info (if you work for a humanitarian organization) and http://kf.kobotoolbox.org (non-humanitarians). There is no software to be installed on your computer. Installing KoBoToolbox on your own computer is not necessary and is only recommended if you work in an environment with absolutely no Internet access.

For installing KoBoToolbox on a local computer or server, visit https://github.com/kobotoolbox/kobo-install.